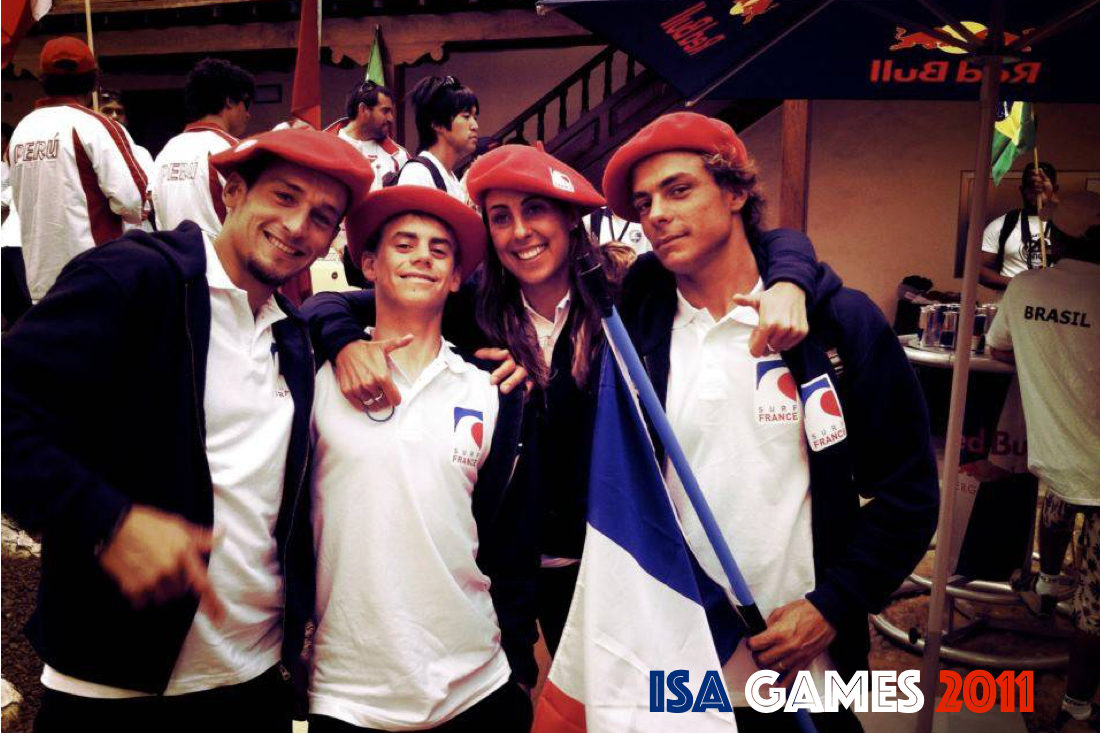 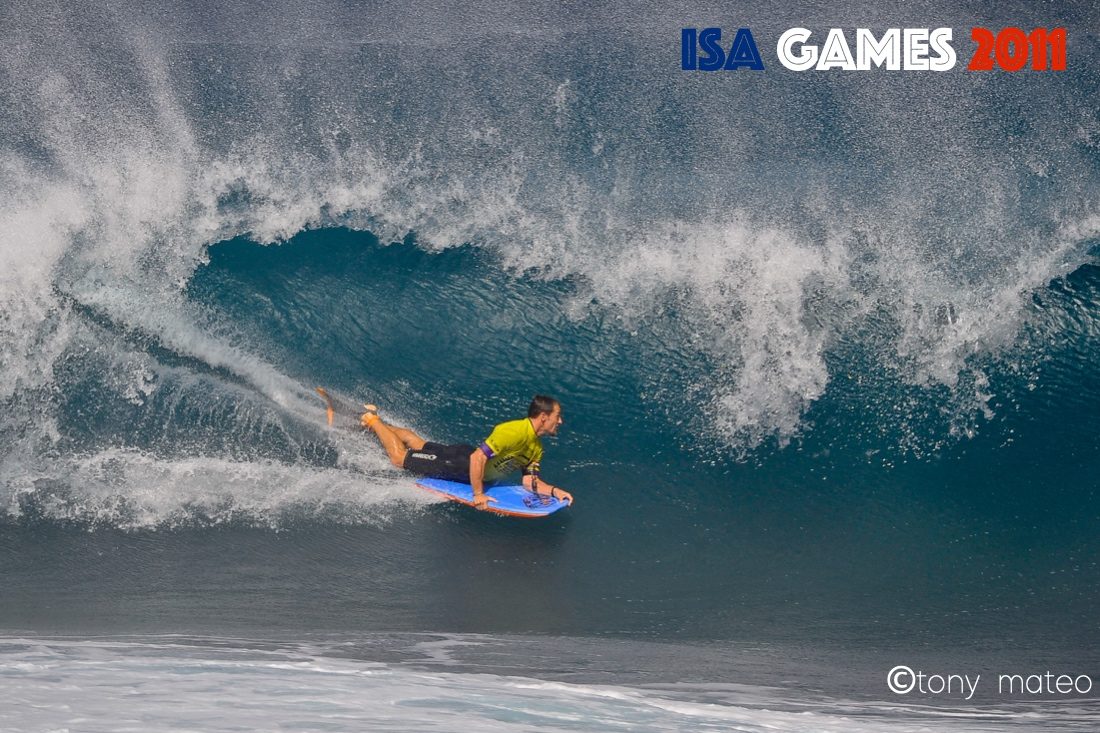 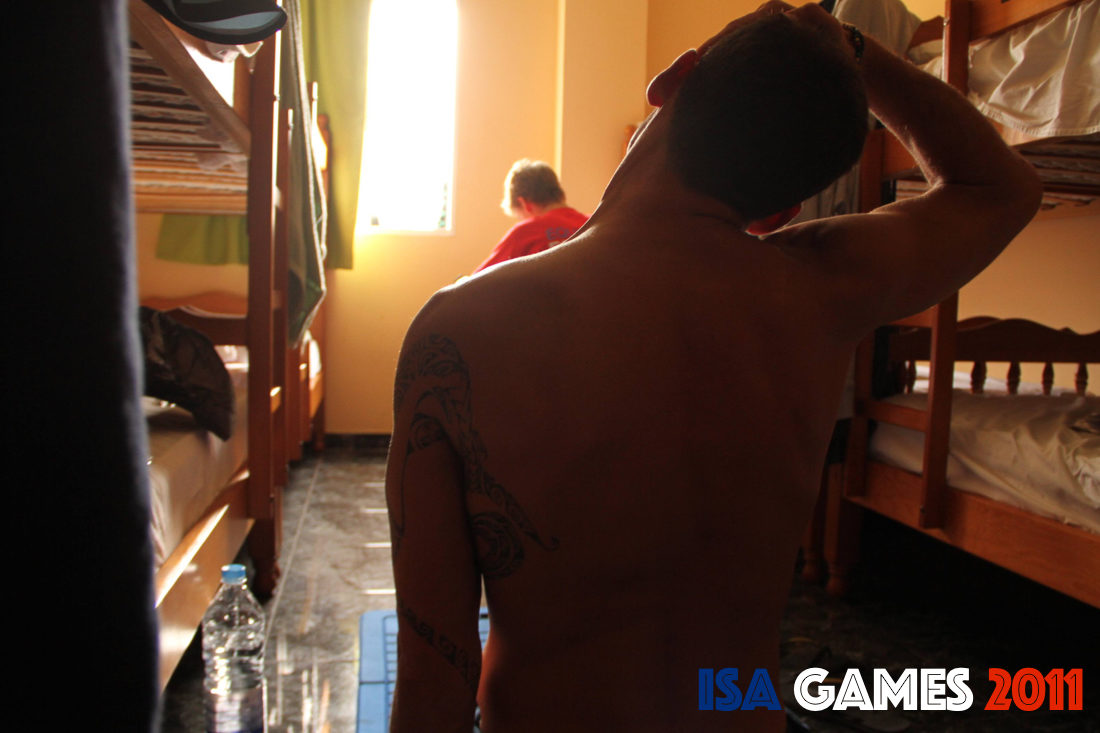 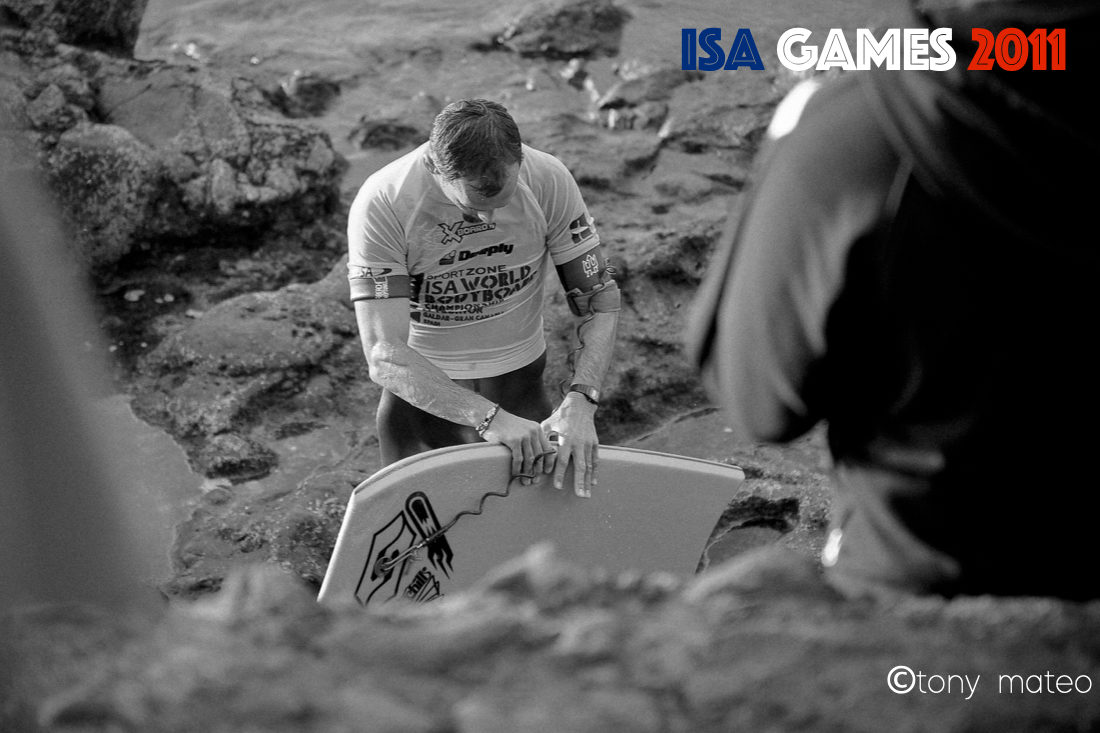 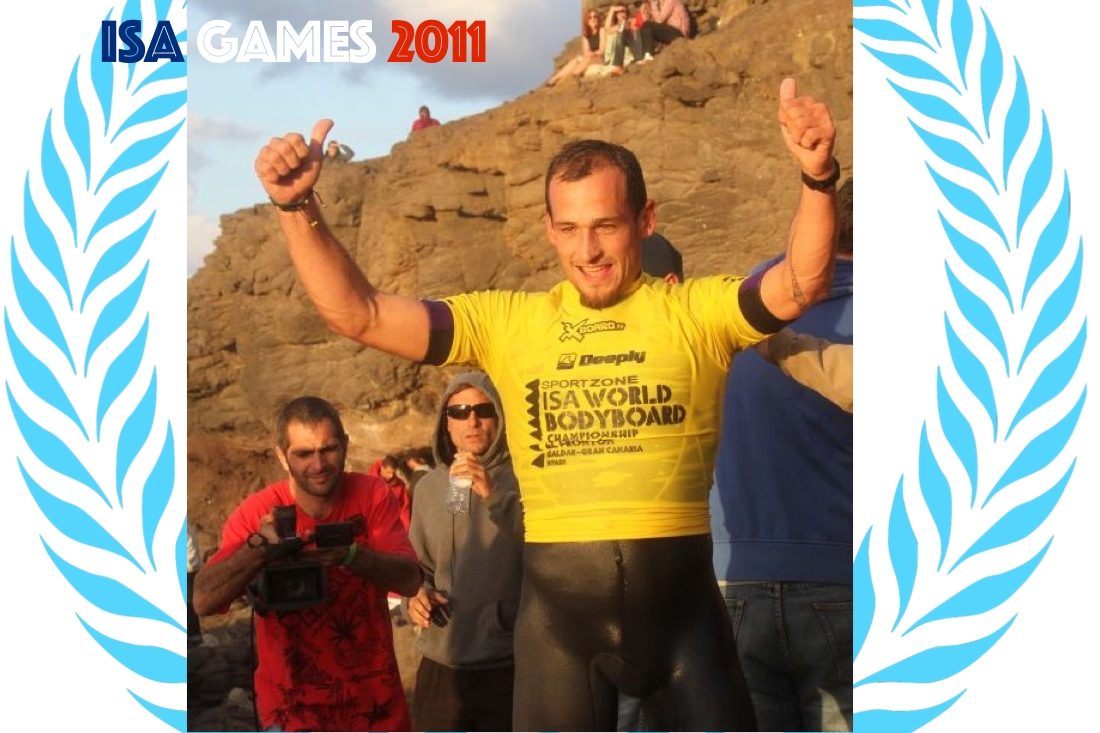 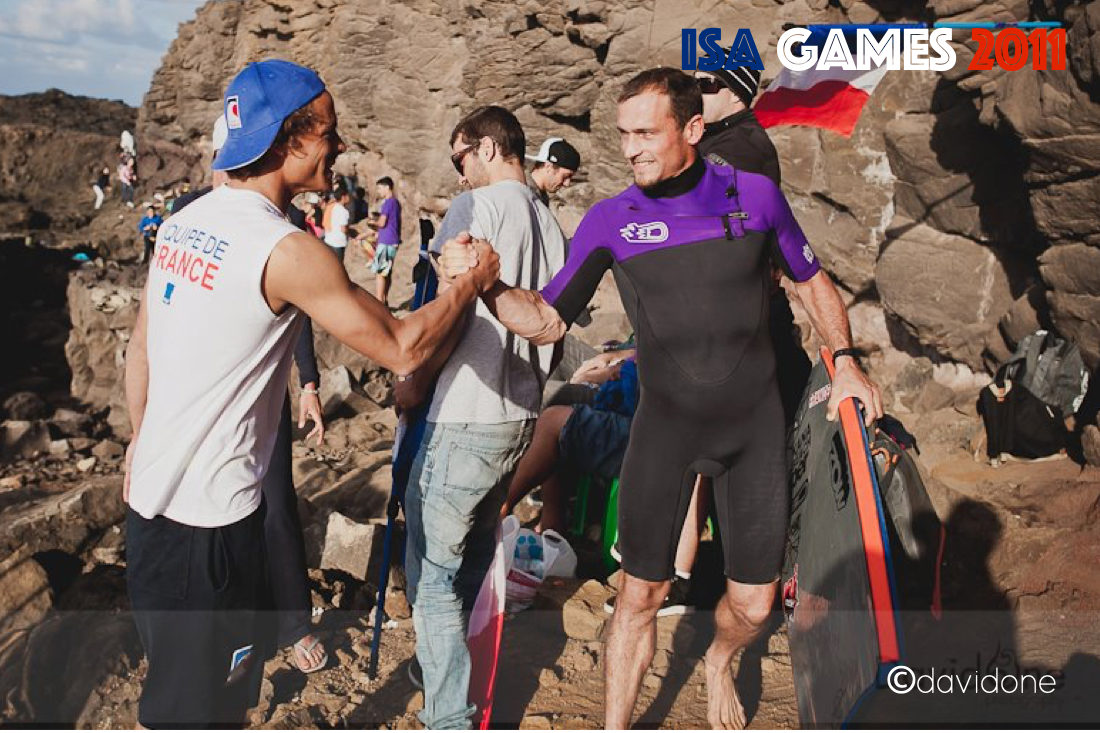 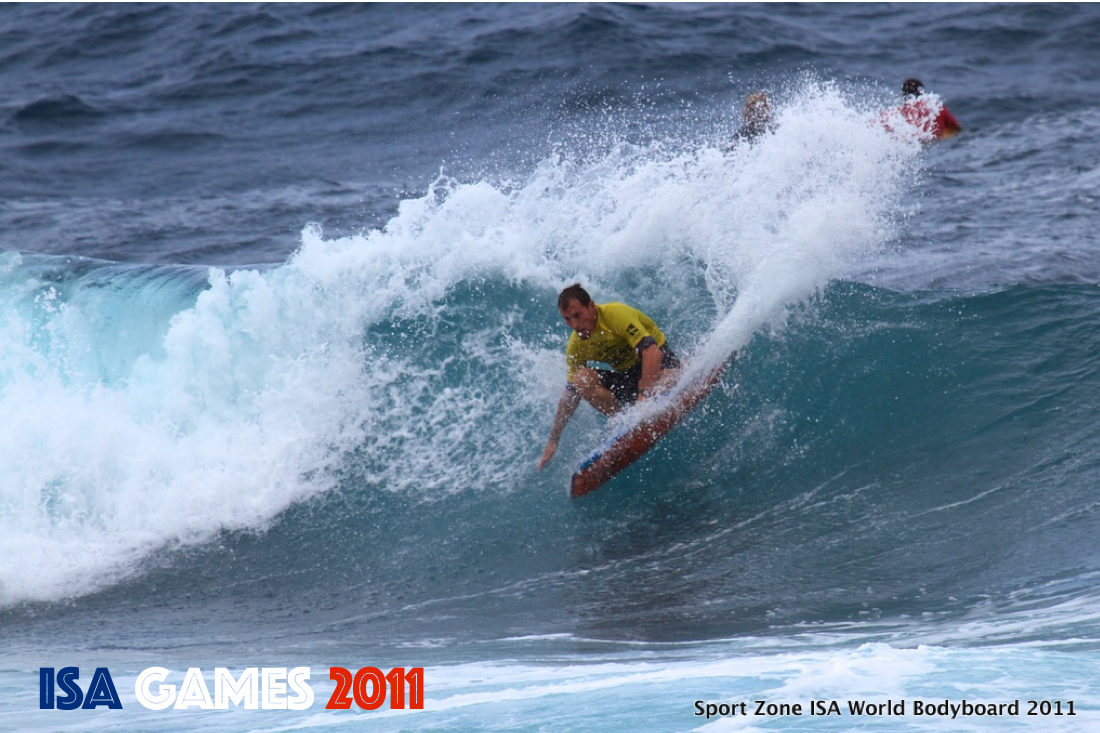 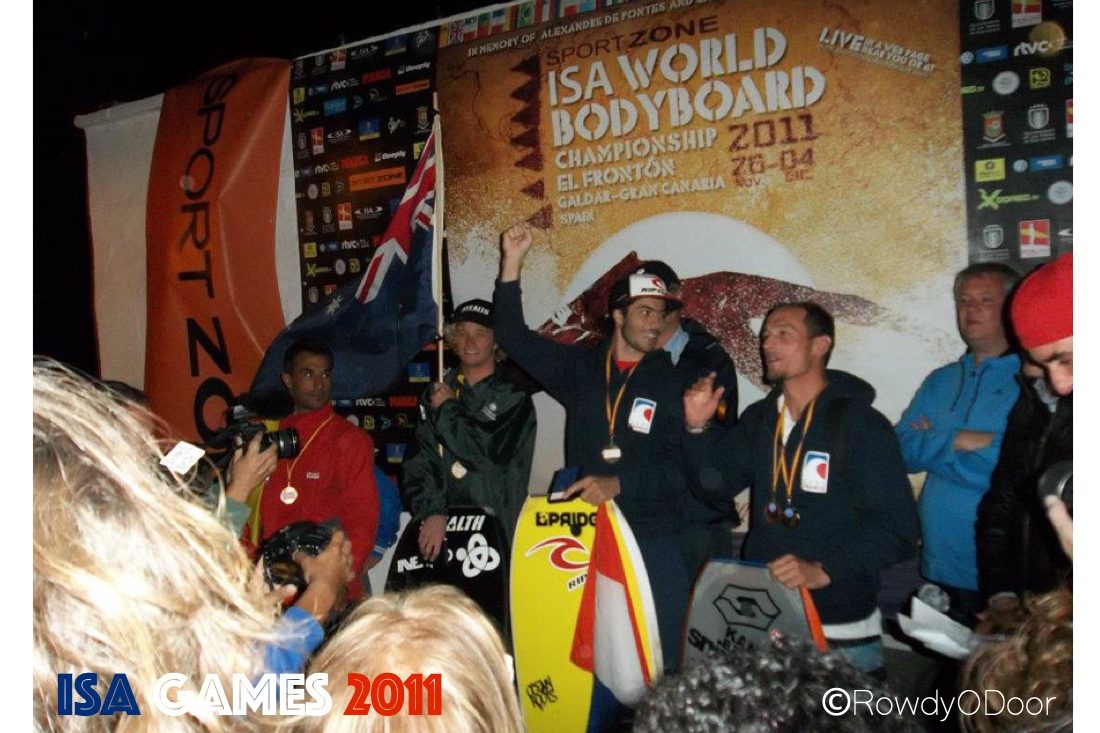 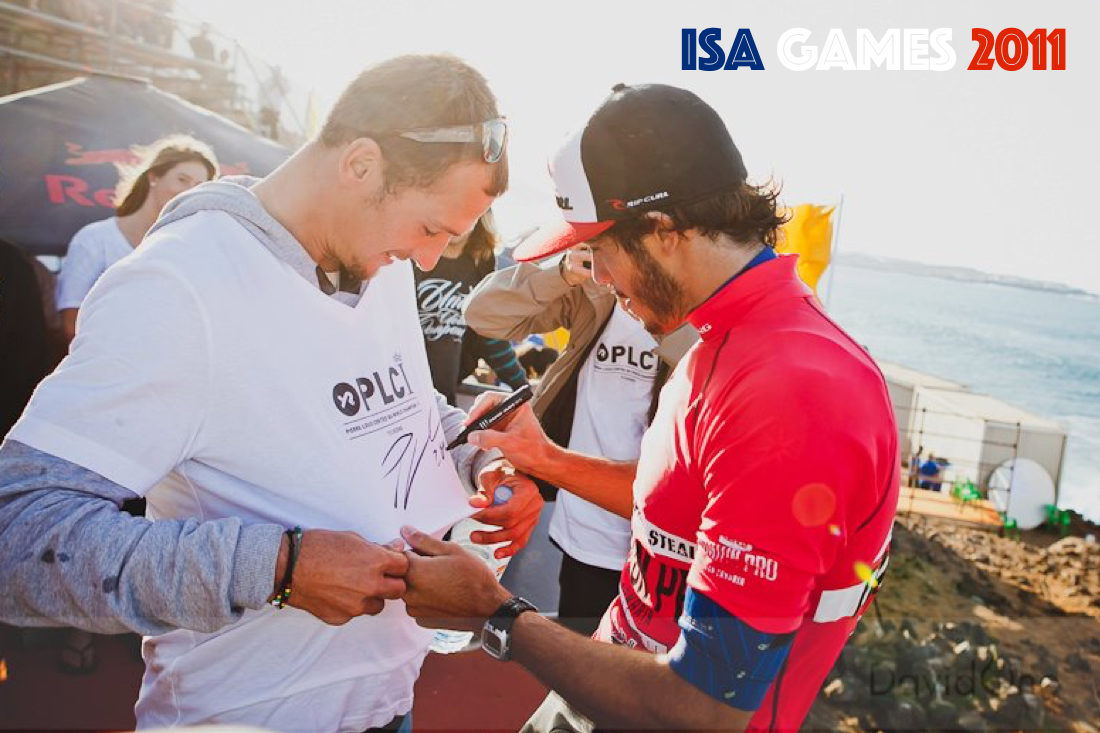 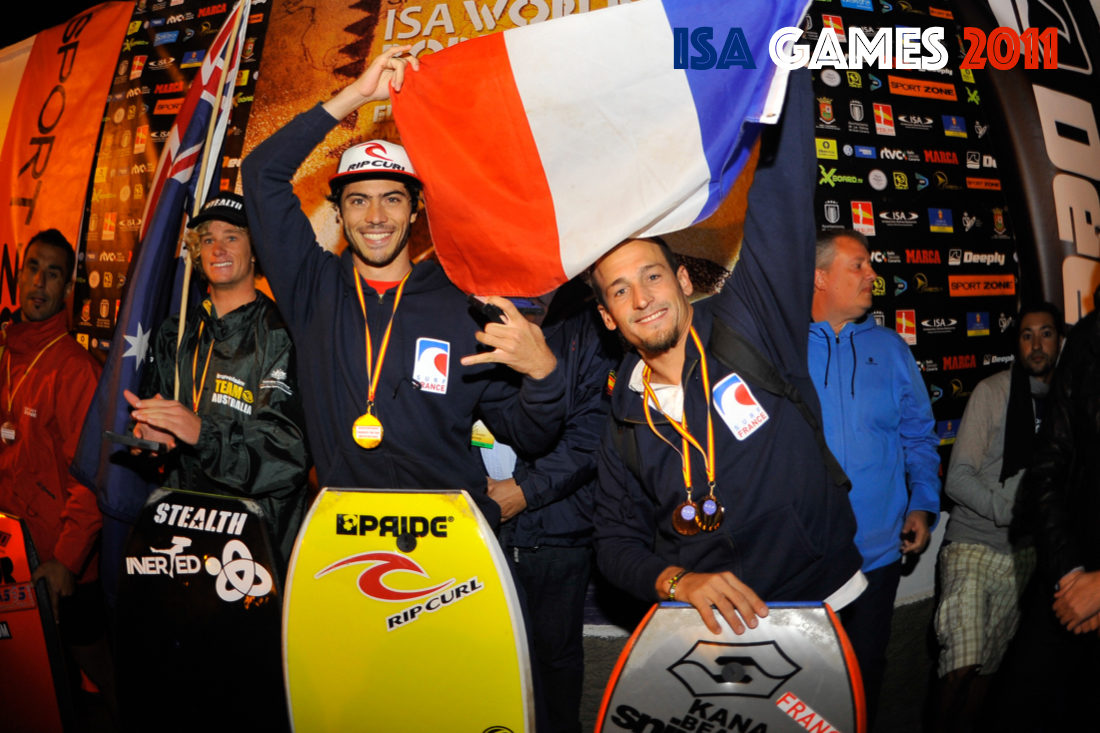 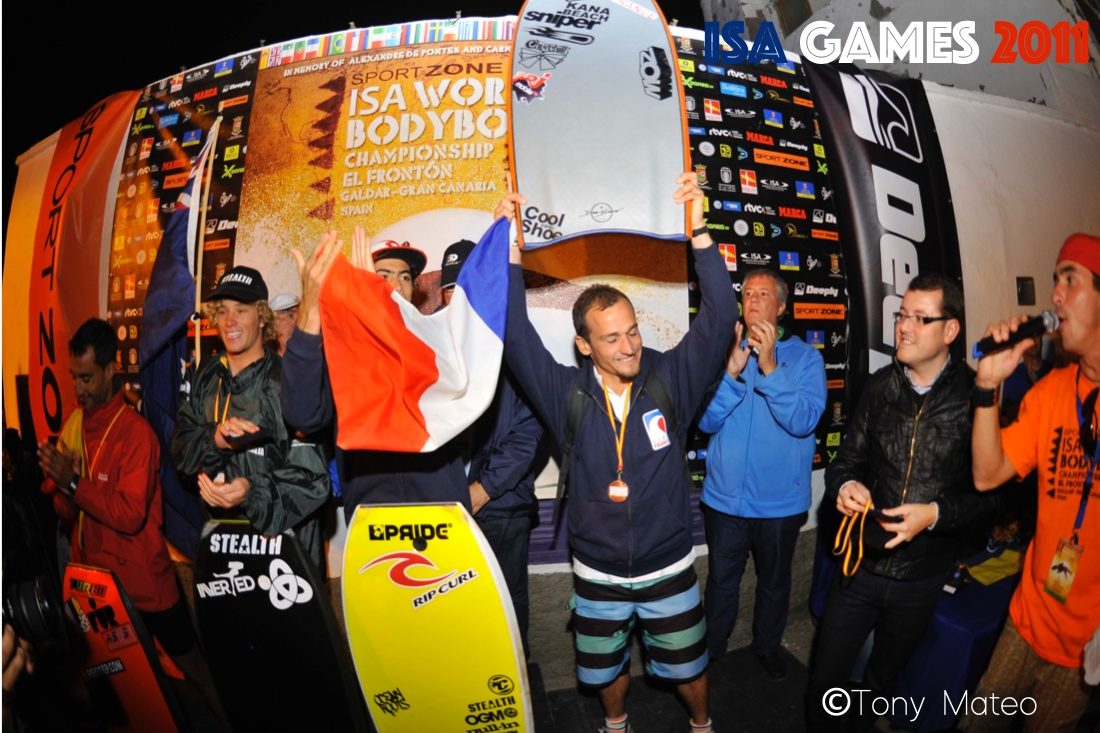 On the previous year, in December 2010, the last step of the IBA WT took place in El Confital (Las Palmas de Grand Canaria).
In 2011, the ISA WORLD GAMES are organized on the legendary spot of Gran Canaria,  in Galdar, The Fronton,  a little further up north.
These Bodyboarding ISA World Games happen on very high-leveled waves and big-valued riders.
It is my third selection with the French Bodyboardind Team for the ISA World Games  ( 2006 in California  and 2008 in Portugal).

Pierre-Louis Costes and I are members of the French Team, with big pressure on our shoulders but big vibes too.
The final of the Open Men is probably our first official big assault with big moves and big scores.
Our friendship and sporting rivalry are as strong on the waves as in life… On the podium, PLC gets the Gold and let me the Silver medal.
Both our results and the scores of others French Team riders make France the 20111 ISA World Champion by Team.

Among the organizers and Galdar’s inhabitants  around there, I catch sight of a beautiful and incredible young woman.
Her brother is working with the organization of the contest.
Her name is Magdalena. Our paths just past each other. I ignore that it is the beginning of my Life…She enters my destiny.