The originality of this French national championship is that all riding fields are represented : surf, longboard, bodyboard, bodysurf, paddle, stand-up paddle, kneeboard, drop-knee etc… All levels also are on the comp, kids aged 12 until Open categories. And all the clubs from France mainland and overseas territories are on the same place, for 10 days of competition. I really enjoy this moment which is a sort big celebration where we meet all together. I am proud to belong to the Reunion Team and we are about 50 coming there for the comp. Every year, and even on the last four years – since the shark attacks almost killed surfing in Reunion Island – the Reunion islanders are on the  podium and get gold medals on their neck.

Even when you are a champion or a pro, it is good to compete on a national league with your club. You are closed to the riders, you support them, you celebrate with them and you accept to challenge on the waves. It is a good way to keep your unassuming. Unfortunately, since 2014, the APB Fronton King step happens every year on late October in Canarys and I cannot come to France for the French League because it takes place on the same days… I miss my Reunion team so much.

As a High Level Athlete  (Elite Class) I am managed by the High Level Committee directed by Michel Plateau (National Technical Manager) of the French Surfing Federation. 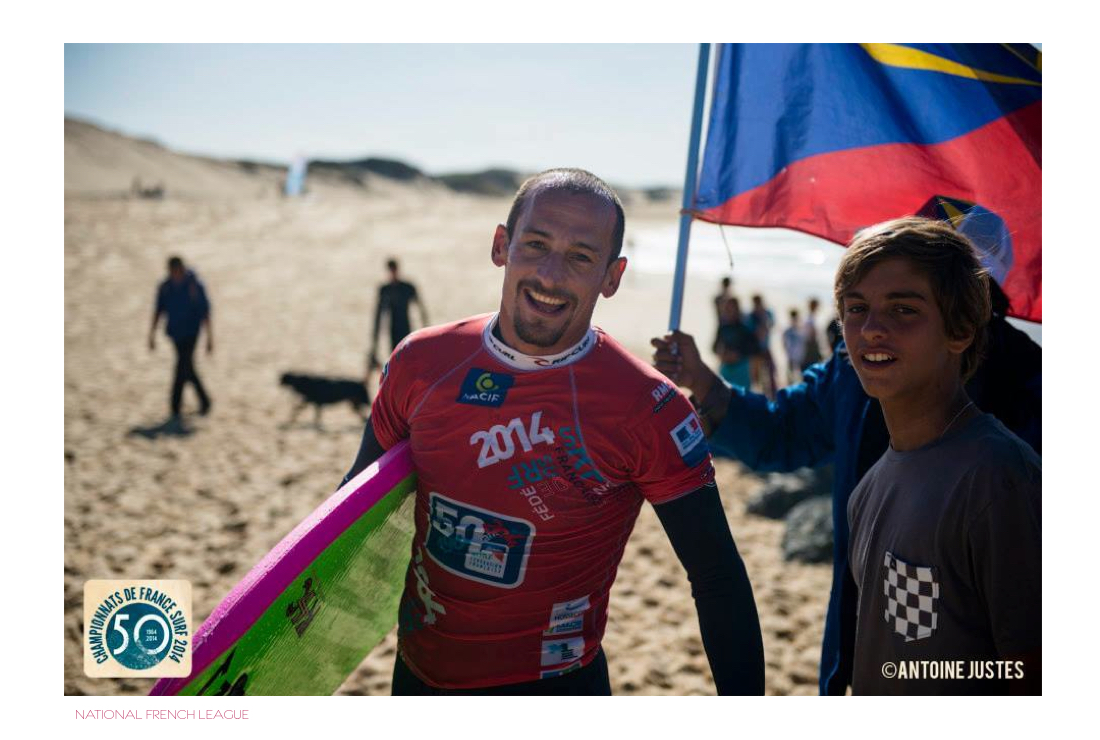