I come to Gran Canaria in December 2010, during the last stage of the APB World Tour which takes place at the Confital, Las Palmas de Gran Canaria. This episode of my life is very important, because I am the 2010 APB World Champion and I will receive my first world trophy, at the Taho Club, in Las Palmas at a magnificent ceremony, arguably the most beautiful in the history of the WT. The local organizers put the small dishes in the big ones and it is a magical moment. I even wear a tuxedo for the occasion ! See the 2010 World Title ceremony in Las Palmas

BACK TO GRAN CANARIA FOR THE 2011 ISA GAMES

The following year, I return to the big island for the ISA Games Bodyboard, in the French Team France with Pierre-Louis Costes. Bodyboarding events take place at El Fronton. The comp is full of twists and turns with crazy waves. I get two silver medals in both Open Men and Drop Knee.  And I get a gold medal as the French team od bodyboard is crowned 2011 ISA World Champion. During the competition, I meet Magdalena, whose brother is involved in the organization… An incredible young woman who lives a stone’s throw from the spot and who will become my wife. See the 2011 ISA GAMES gallery

THE SHARK CRISIS FORCES ME TO LEAVE REUNION ISLAND

Thanks to my title of World Champion 2010, Reunion island  is under the lights of fame. But in 2011, the shark crisis begins in Reunion, with the death of Eddy in July followed in September 2011 by the Matthieu Schiller, a renowned bodyboarder on the island, a friend of heart.  The 2011 World Tour stage forecast in Saint-Pierre de La Réunion will take place. We are under close surveillance, with divers, boats and jet skis in watch, but the competition is a success.

After this eight-day break, with the mourning, fear and suffering of the entire rider community, the legal ban on surfing falls like a cleaver : we will have to leave. If I want to continue to train every day, respect the law and save my skin, that is the only solution.  I have to leave my paradise of sliding that has become hell, at least until the situation calms down and the scientific, sports and local authorities find safe solutions. To this day, almost ten years later, nothing has made concrete progress and surfing in Reunion is no more than a memory…

I LEAVE MY ISLAND

Then I fly the big diagonal over Africa from Reunion Island  to Gran Canaria, more precisely Galdar, a small town in the northwest of the island. In the Canary Islands, the conditions are ideal, the waves are ubiquitous and perfect for bodyboarding. I also get closer to the France where my family lives now on. Then I put the flag of Reunion on my roof top… I soon meet Magdalena who has all the qualities to accompany me in my life. Providence is not stingy : she even planned that Malennhy – my future wife’s nickname – has lived right next to El Fronton since childhood. And she knows every cliff and creek on the coast.

A FULLFILING SPORTIVE AND FAMILY LIFE

From that moment on, in a simple living environment, my daily life as a professional sportsman is organized to the rhythm of the waves and training. Three years ago, I bought a house that I am gradually moving into, building it step by step. It hangs on the cliff and overlooks the sea with breathtaking views of the spots. The place where we live is off-center, there are small mountain roads for cycling, trail paths for running, natural swimming and snorkeling pools for apnea or underwater fishing (octopus, fishes) and wind or sun to dry the wetsuits. What more could you ask for ? Love and a family. As I am a lucky man I get a harmonious family life, with Malennhy, my wife, Oliver our son who is 7 years-old and our daughter Nahara, aged 3 . Let’s not forget my wife’s family who lives around. We share life, help each other and live good times together. As my own family is in France, it’s a chance for me to have her family so closed to me. 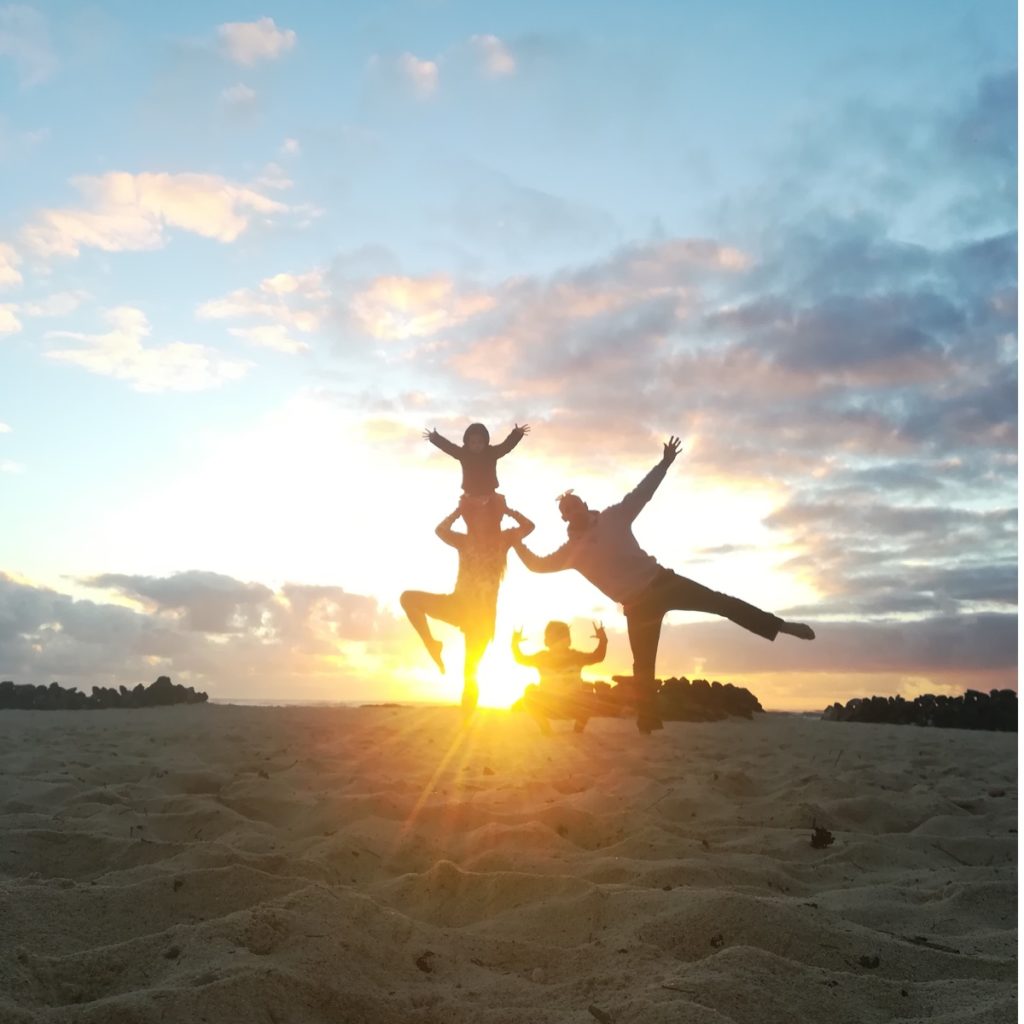 Thirty years ago, bodyboard arrived in the Canary Islands with two guys who came on holiday with their board to ride on site. The Canarians are turned to the sea, they get caught up in the game and the number of bodyboarders exploded. Virtually every Canary islander has ever done bodyboarding. It’s so popular that the BB vs Surf ratio is 7/3. We’ve got the majority ! It must be said that the waves of the Canary Islands are really made for our sport. As a result, the level of sliding of the Canarian riders is really incredible.  And for me, it’s great. They are also very chauvinistic and they keep their waves with jealousy. To settle “my home” on their waves, it took me time, a lot of humility, respect and patience to get accepted and recognized. But once they give you their friendship, it’s solid. I have great admiration for these riders who inspire me. It is one of the few countries where amateurs are also engaged and combative and they are real challengers for international riders in competitions on their waves like La Santa (Lanzarote) or El Fronton. (Gran Canaria)

Know more about my  bodyboard school AMAURY ACADEMY in GALDAR