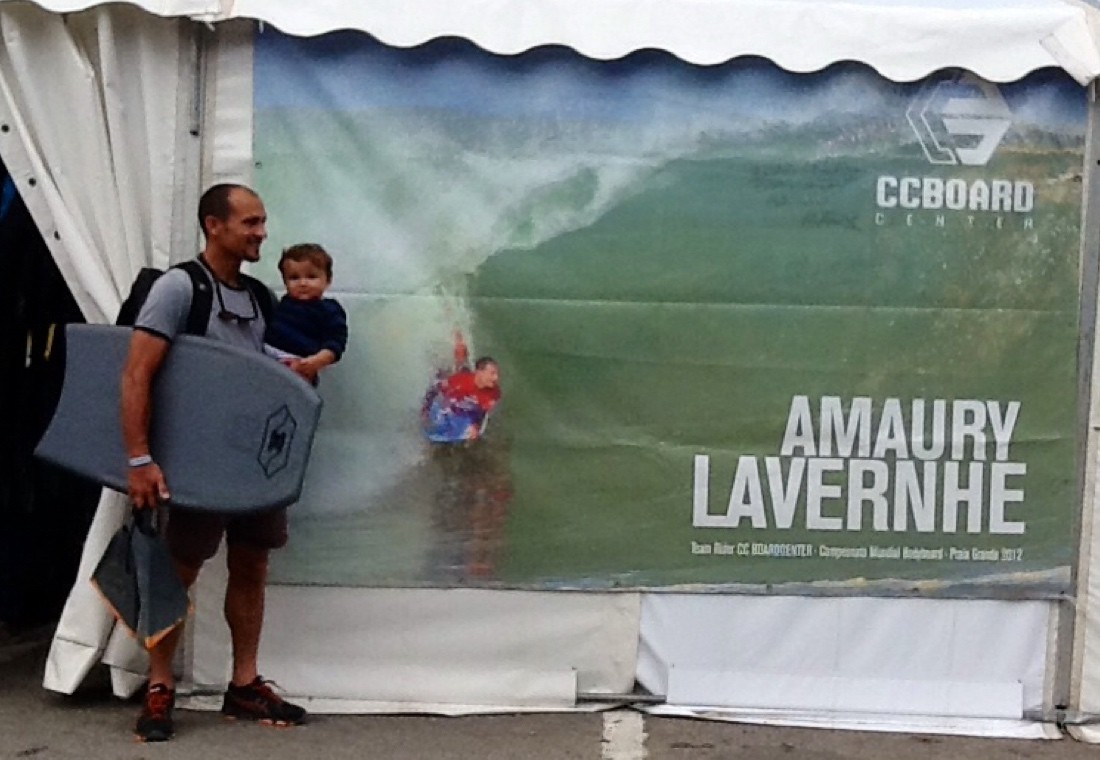 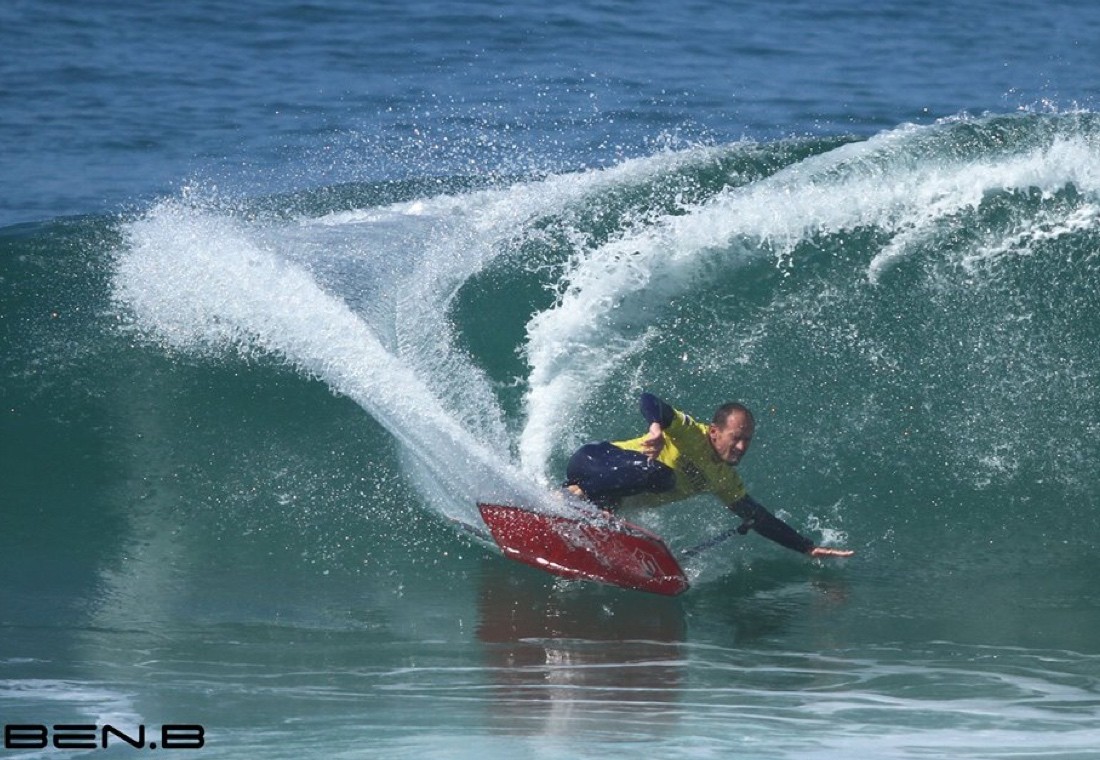 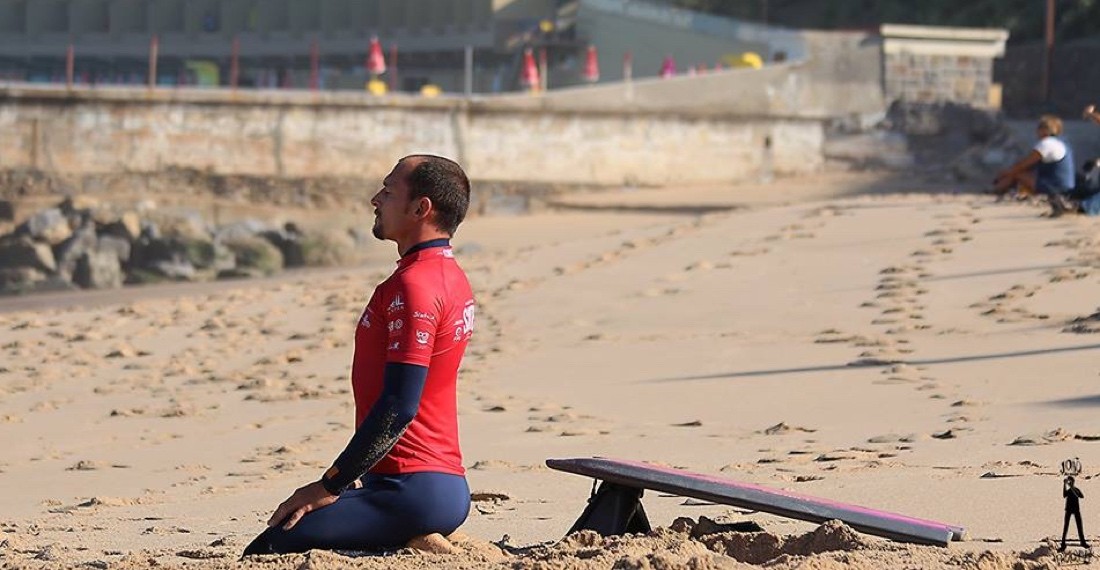 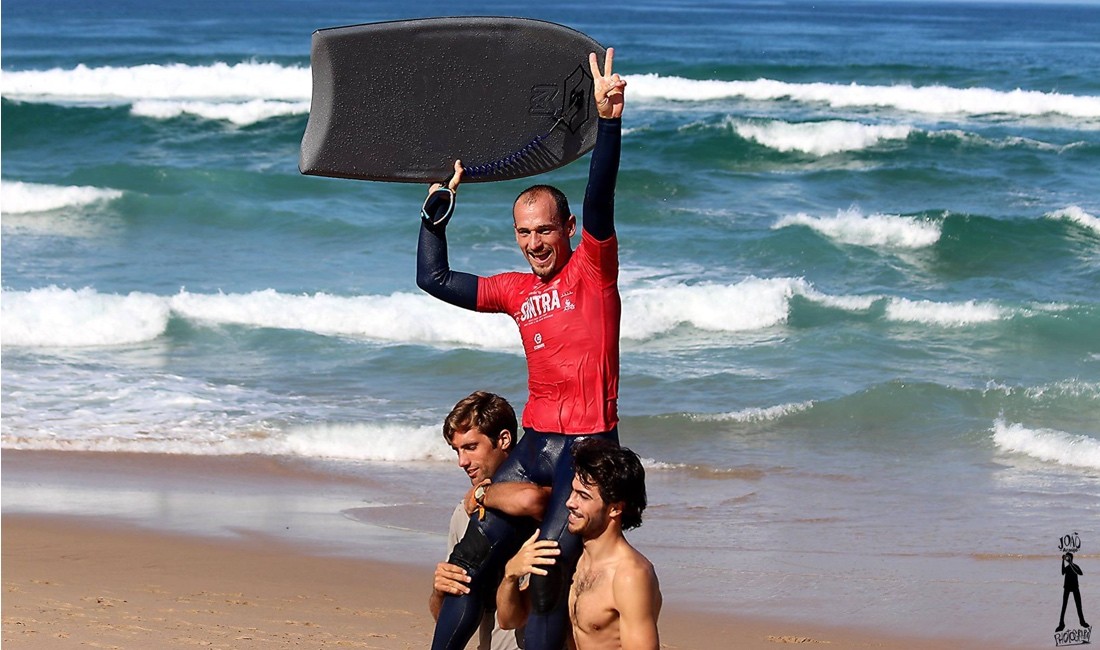 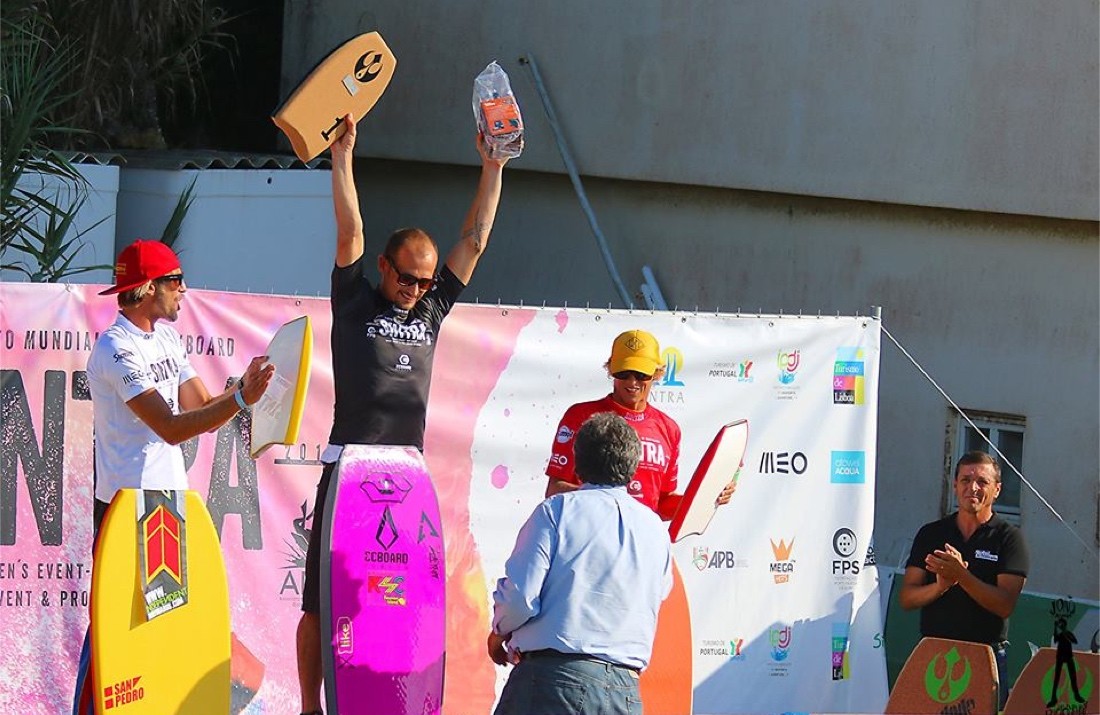 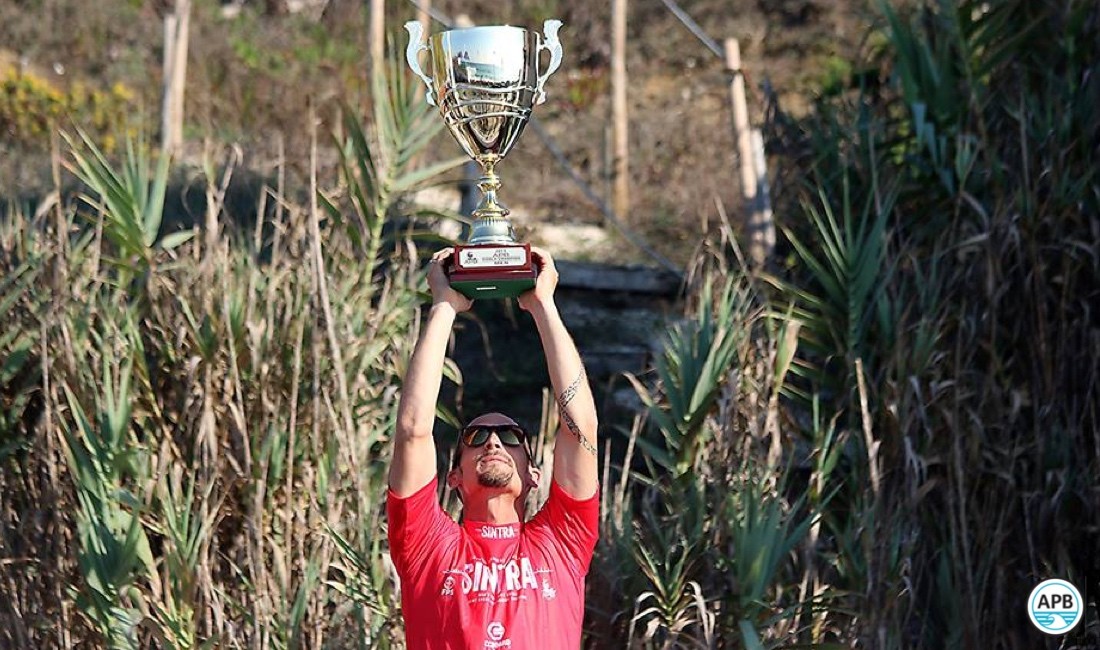 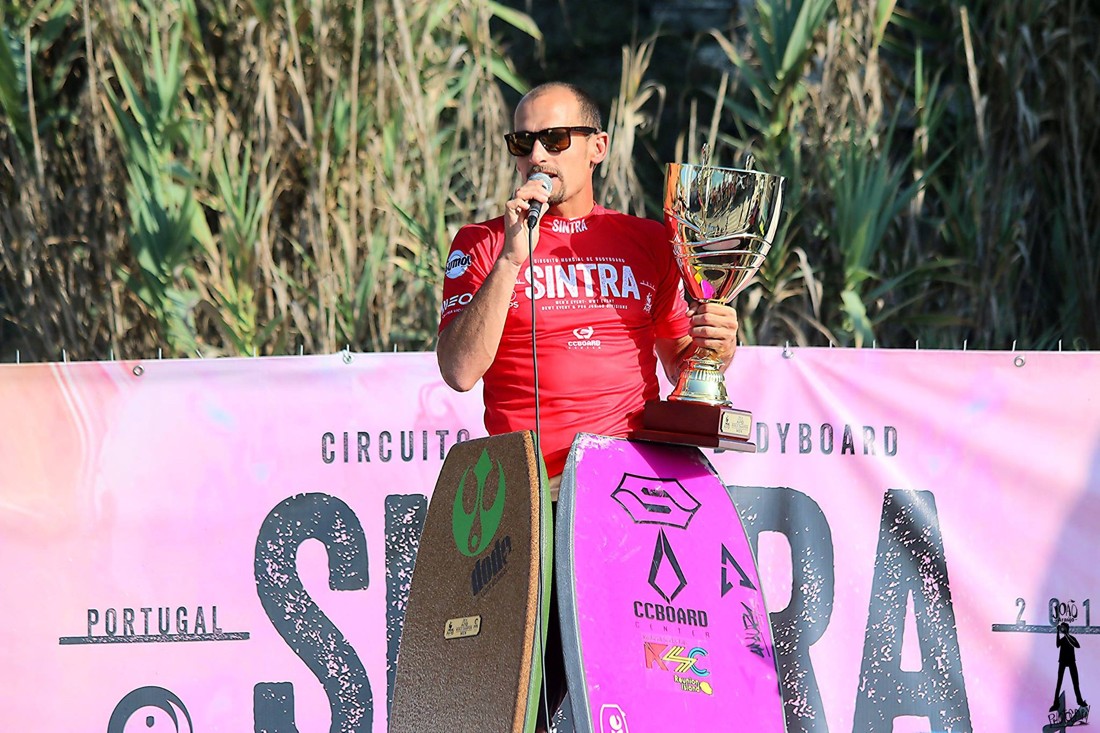 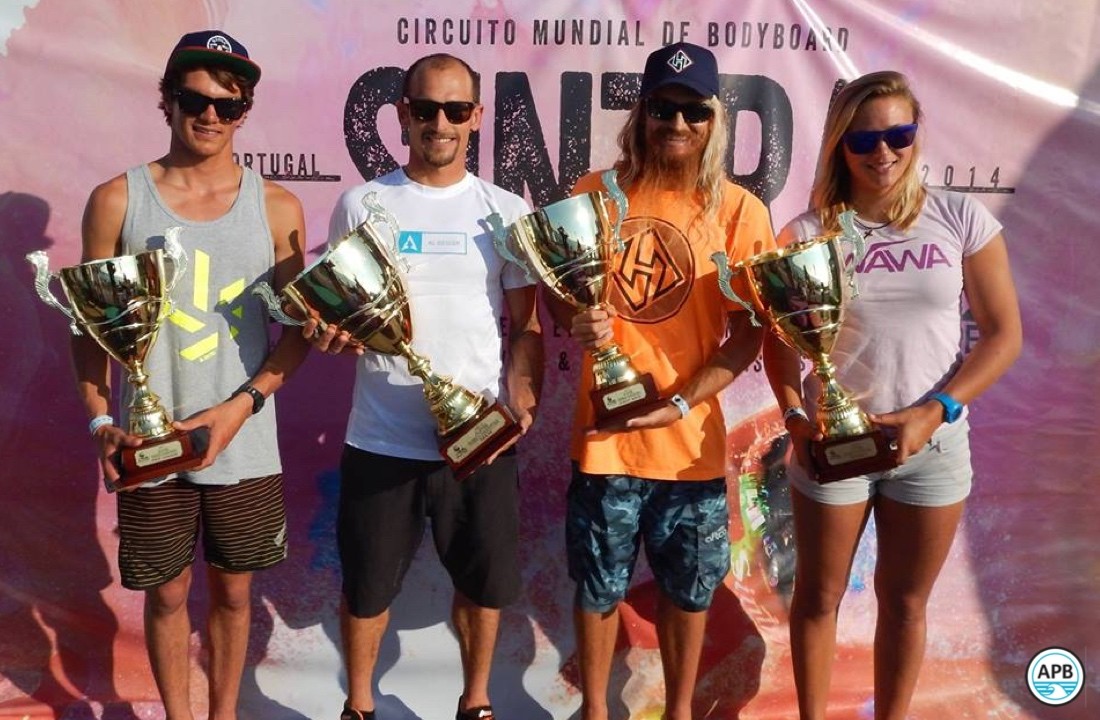 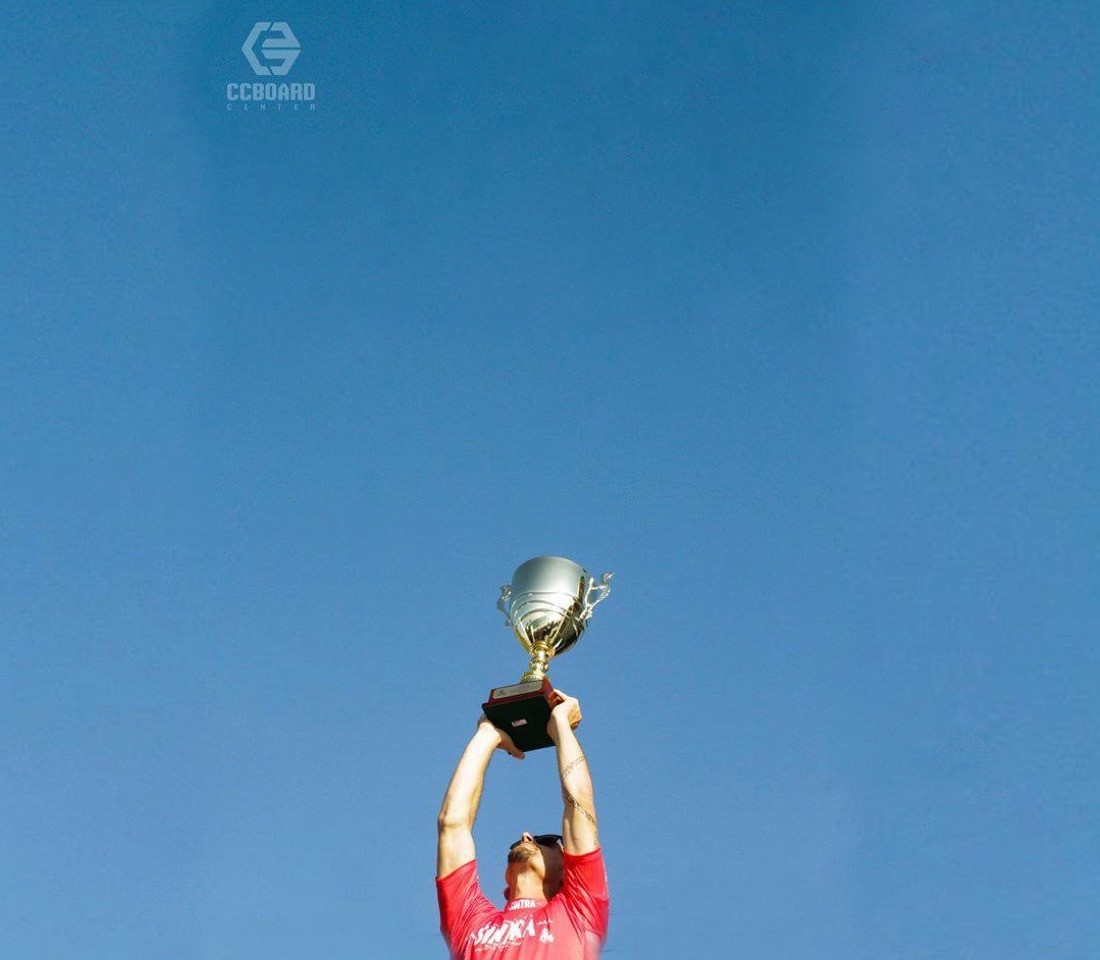 A SPECIAL PLACE FOR MY WORD TITLES

I have come to Sintra for more than ten years now and for me it is the place where the World crown came to me twice : in 2010 and in 2014… Every year, I am stocked to see the involvement of the organizers, the crowd on the beach and I really appreciate this complete event : Open, Drop-knee and Women divisions. It is always a great moment of competition.
On my first title, in 2010, I remember that I surfed my final against Guillermo Cobo with no string tied to my fins. Then I lost one fin on my first wave and I continued and won the heat with one fin only.
Never panic, just keep focused on your target.

In 2014, I was competing in both Open and Drop-knee divisions and it was the first time for me to win a DK World tour event. I was there with Magdalena and our son Oliver, three weeks after our wedding. It was great to get the World title with her next to me, as she was the one who re-motivated me for the 2014 season after the mixed fortunes of 2013.
Keep your willpower stronger than disappointment.

See the video about my second WT at Sintra, as a tribute to all people supporting me.