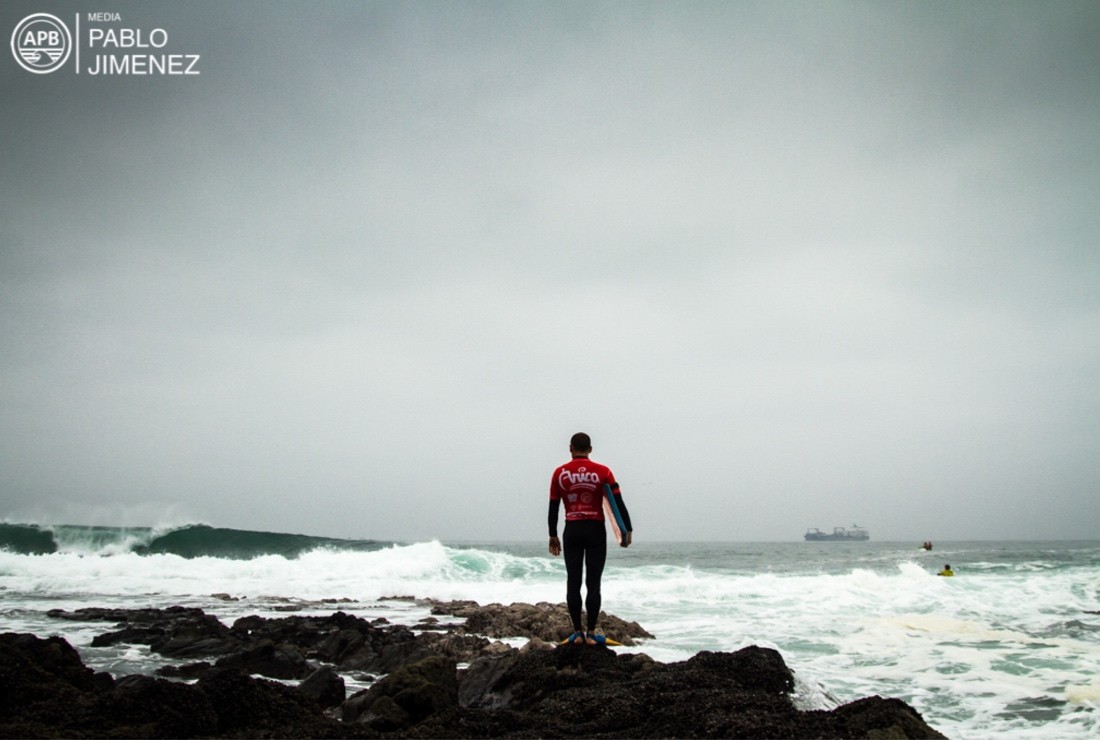 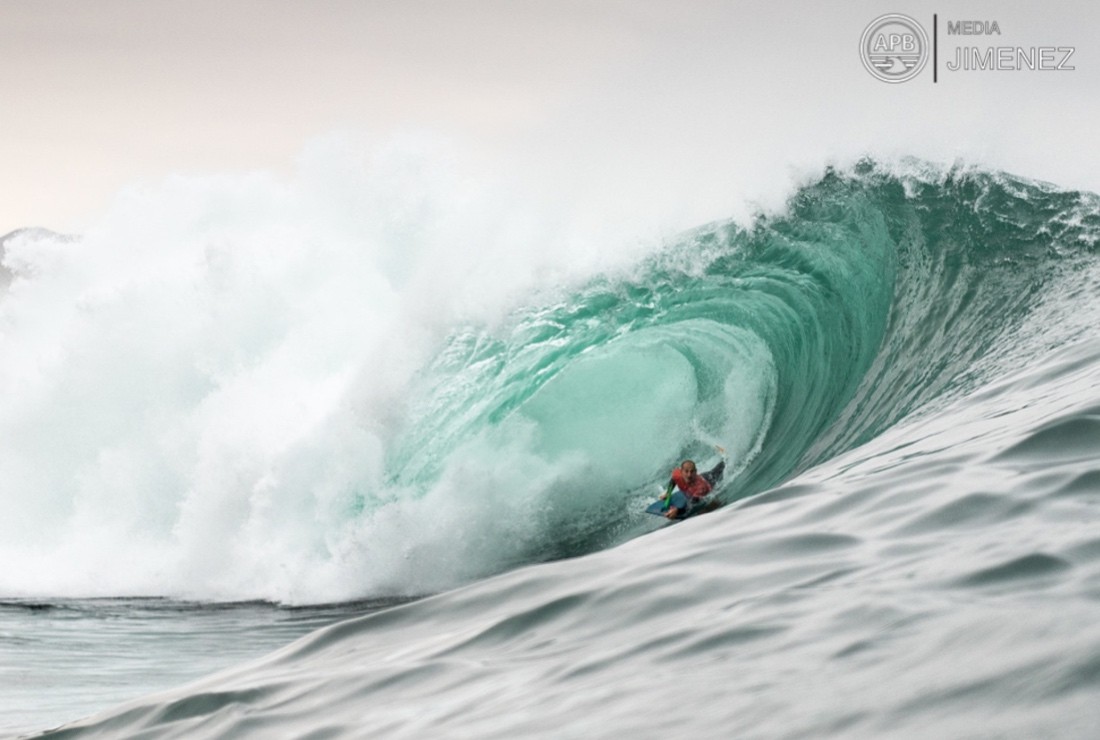 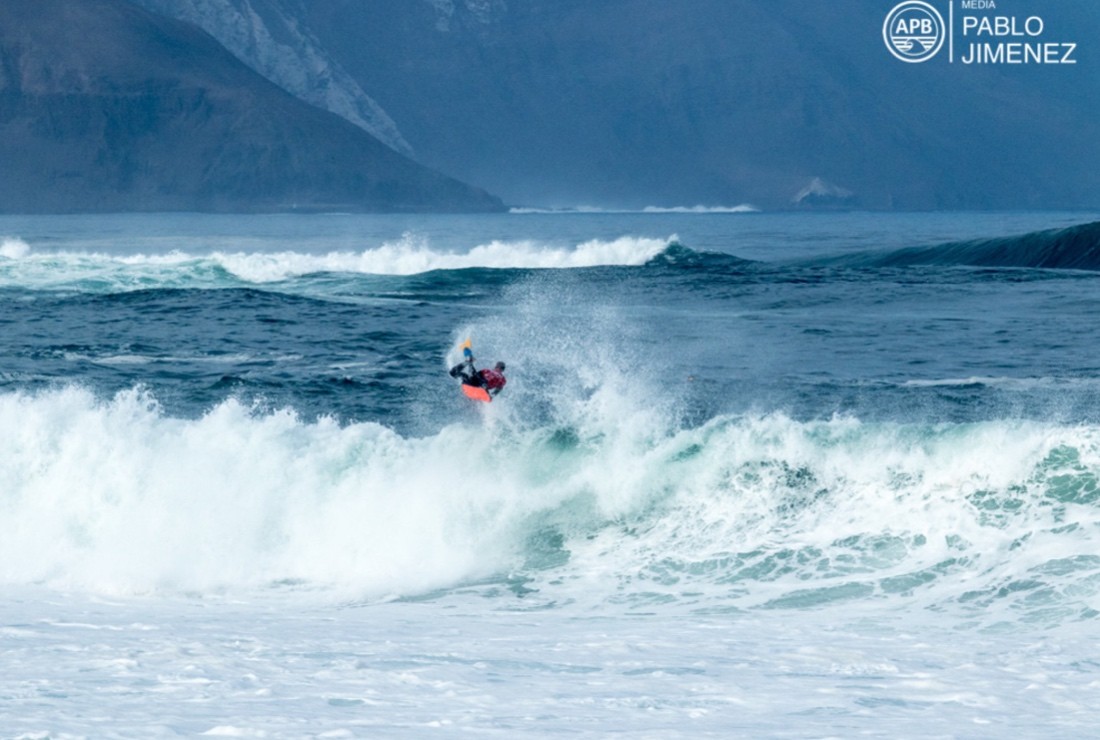 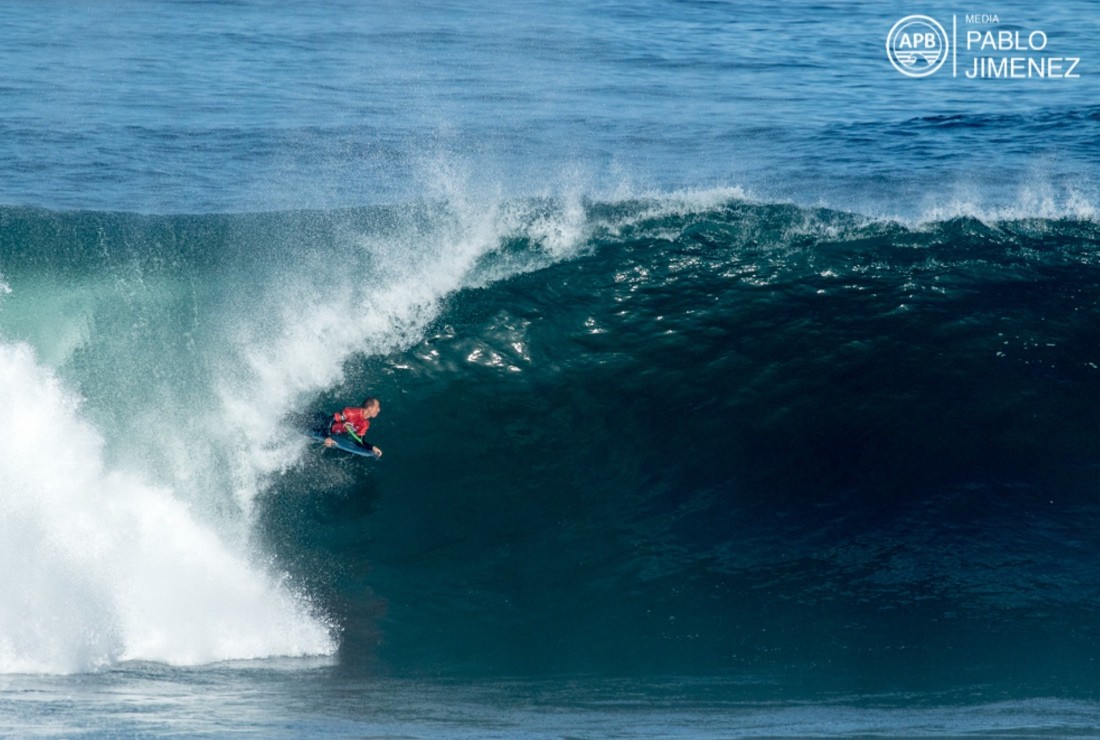 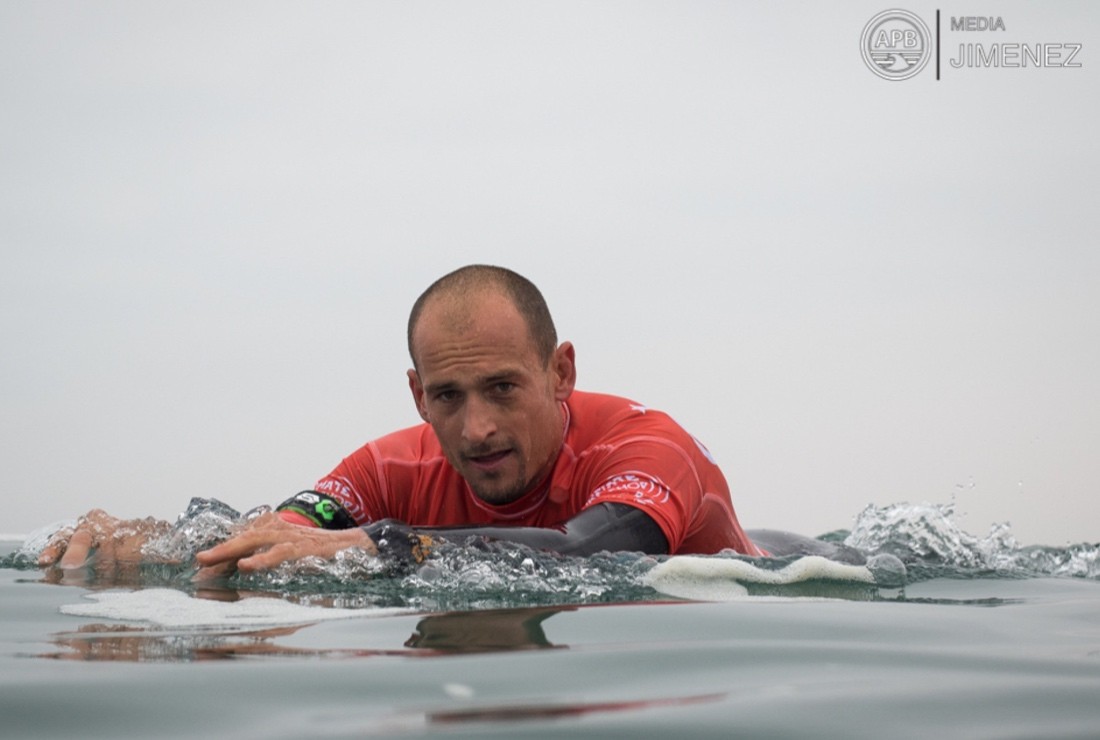 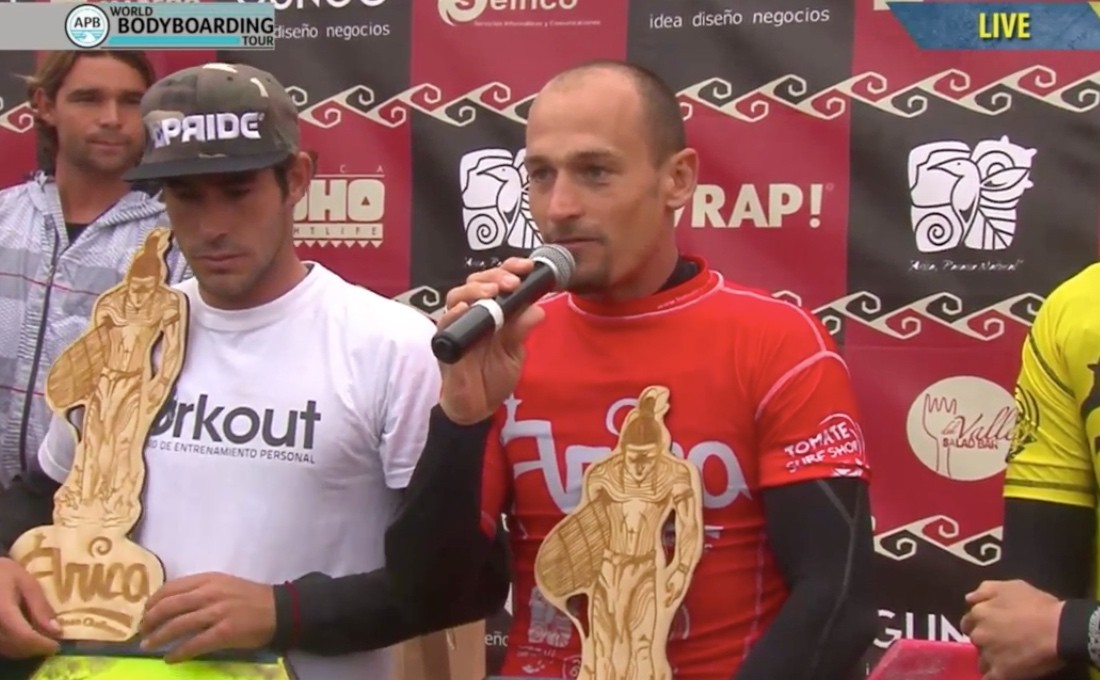 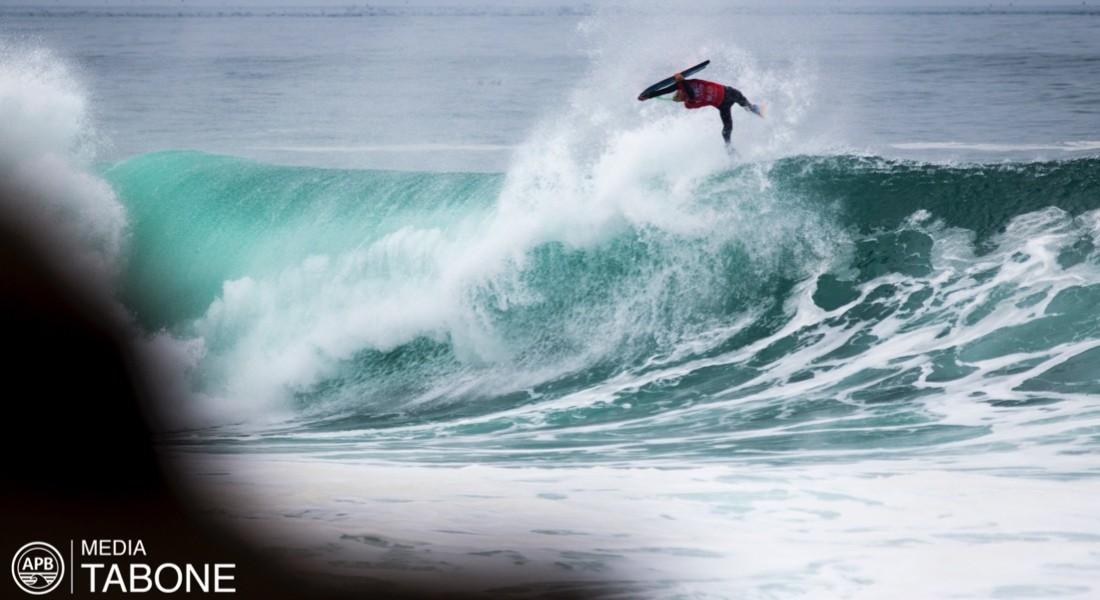 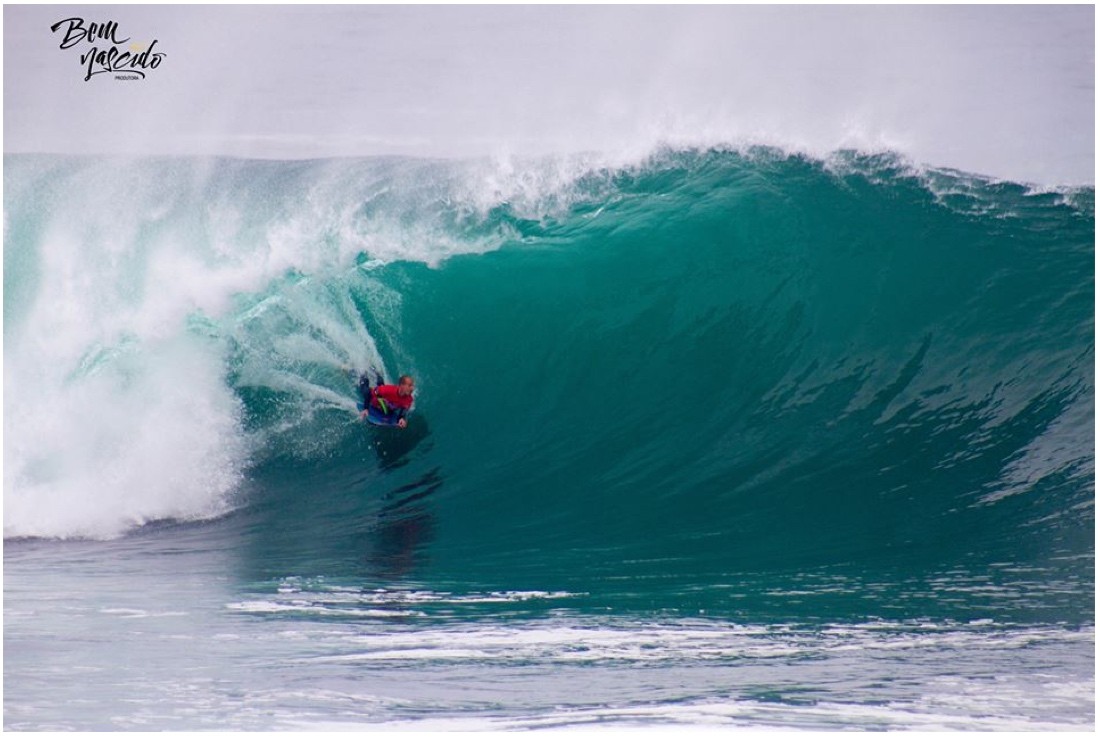 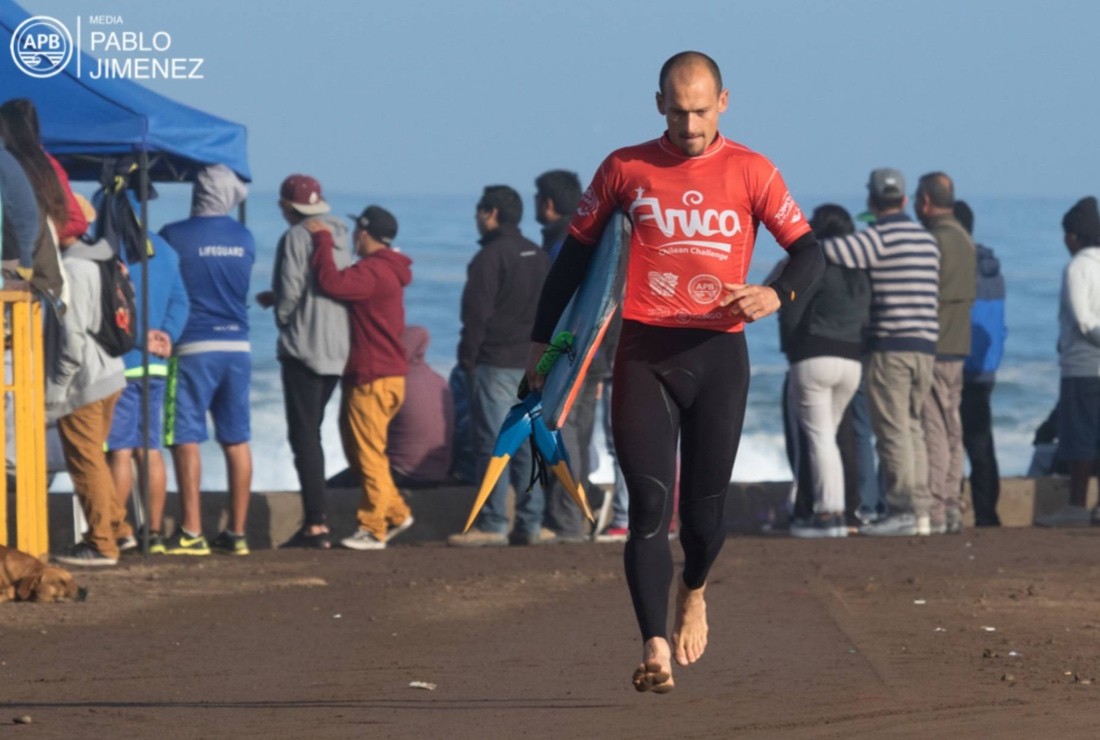 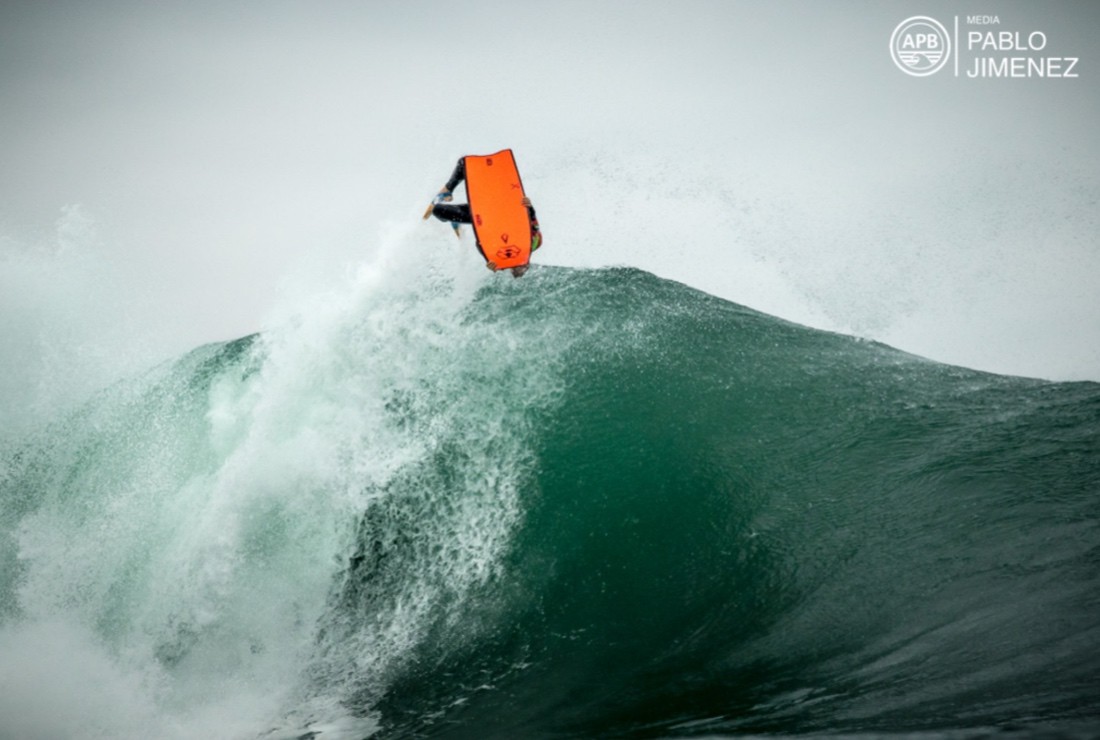 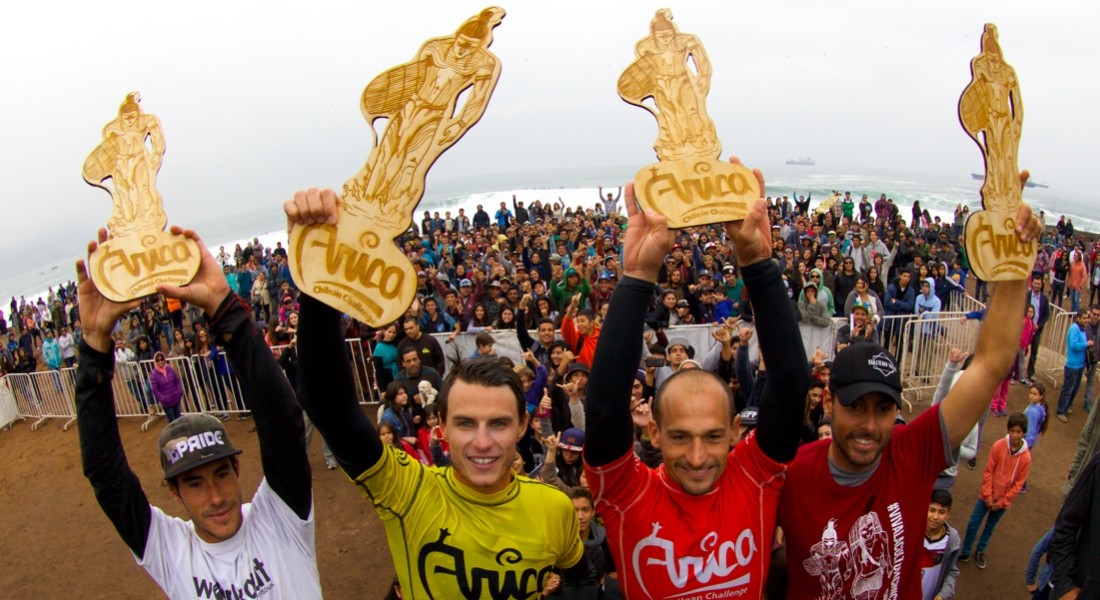 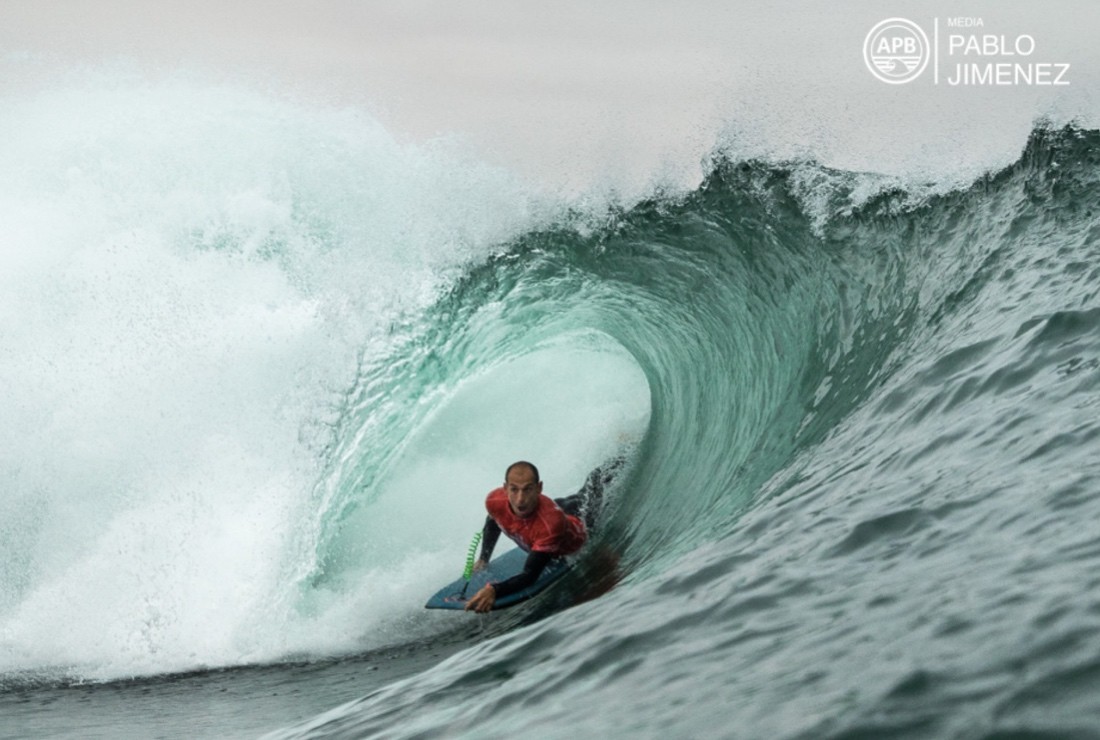 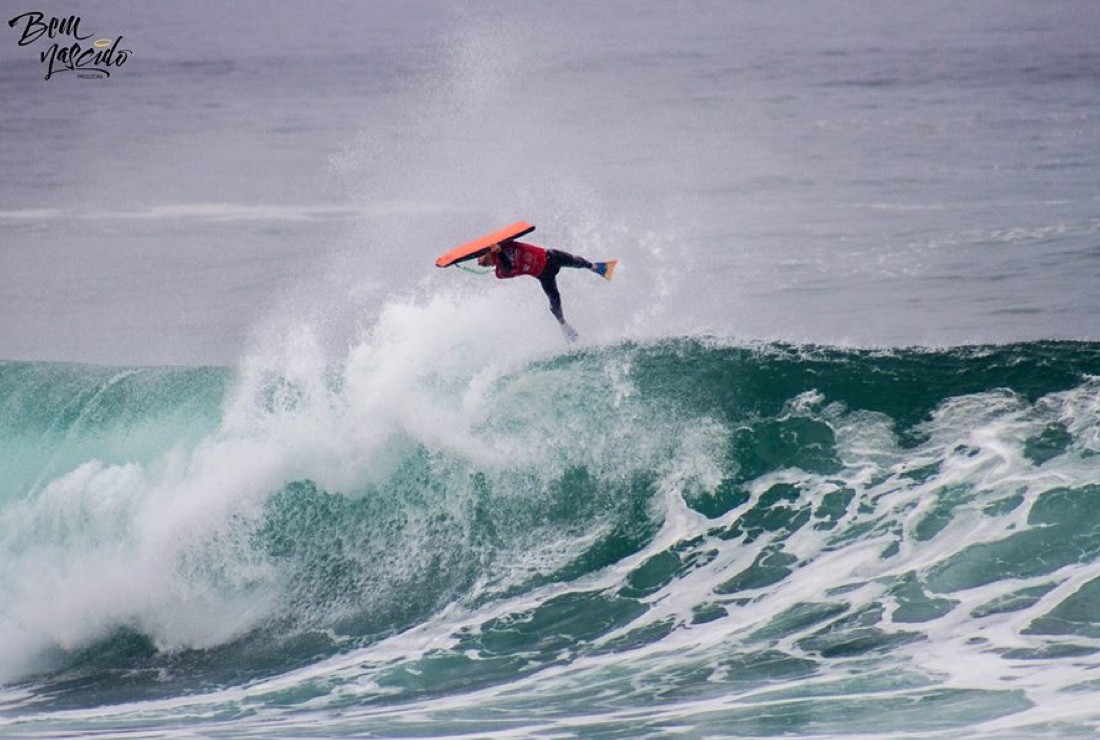 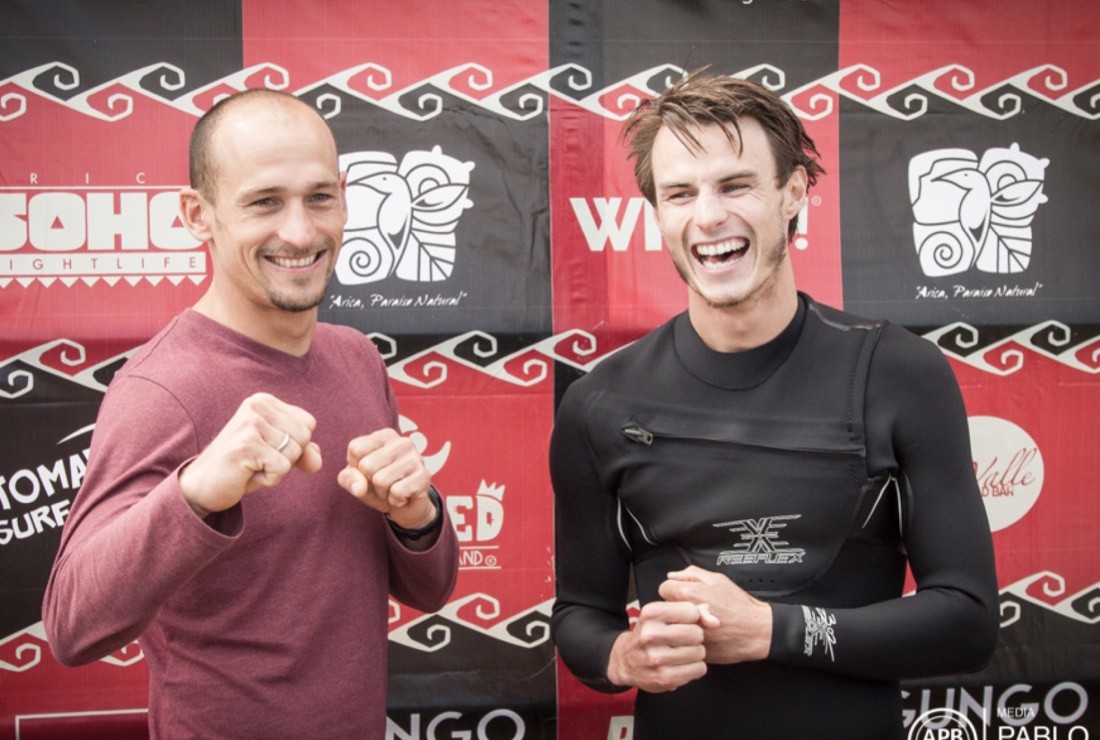 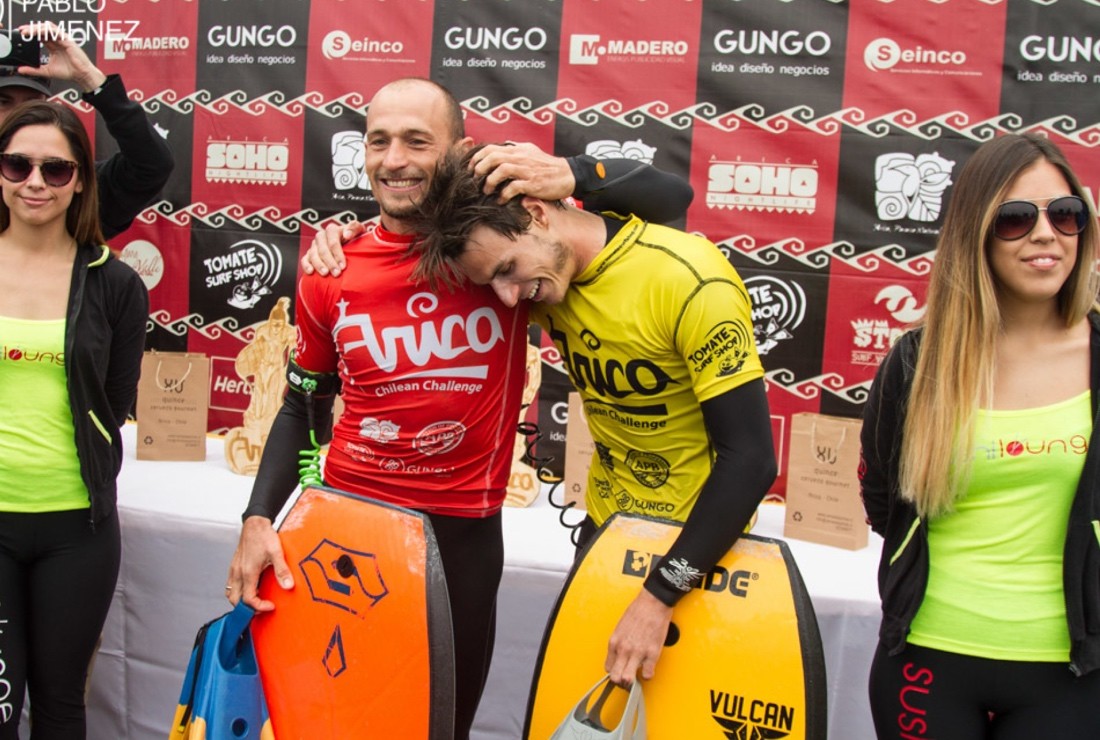 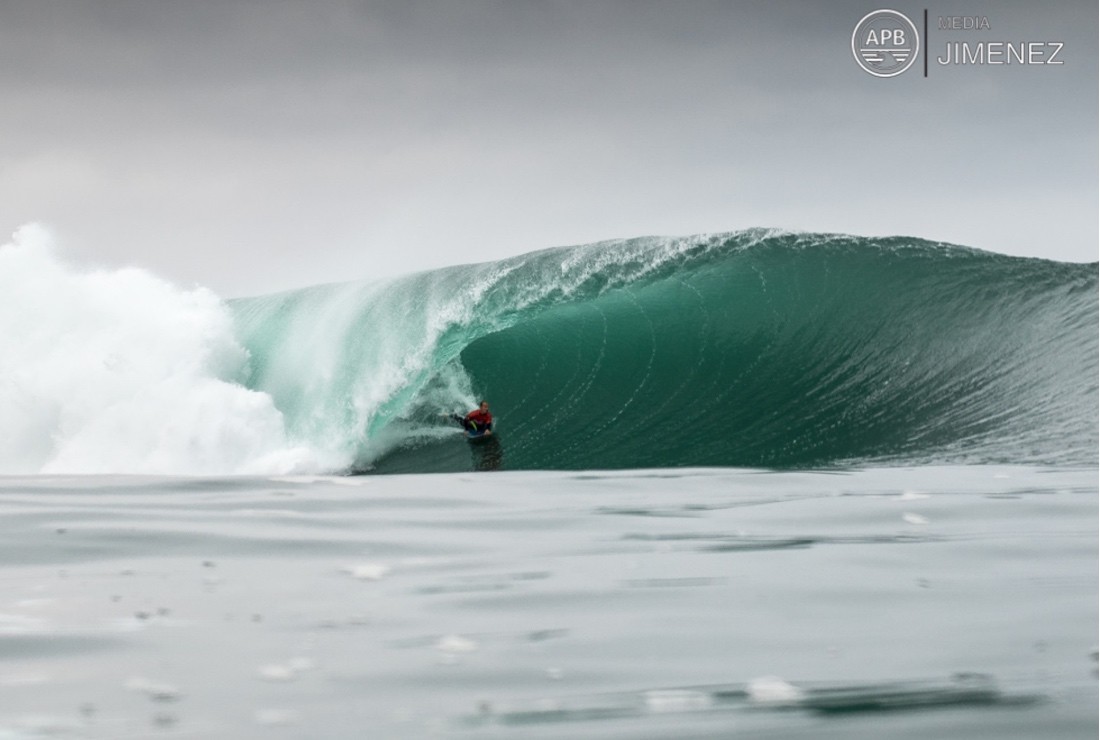 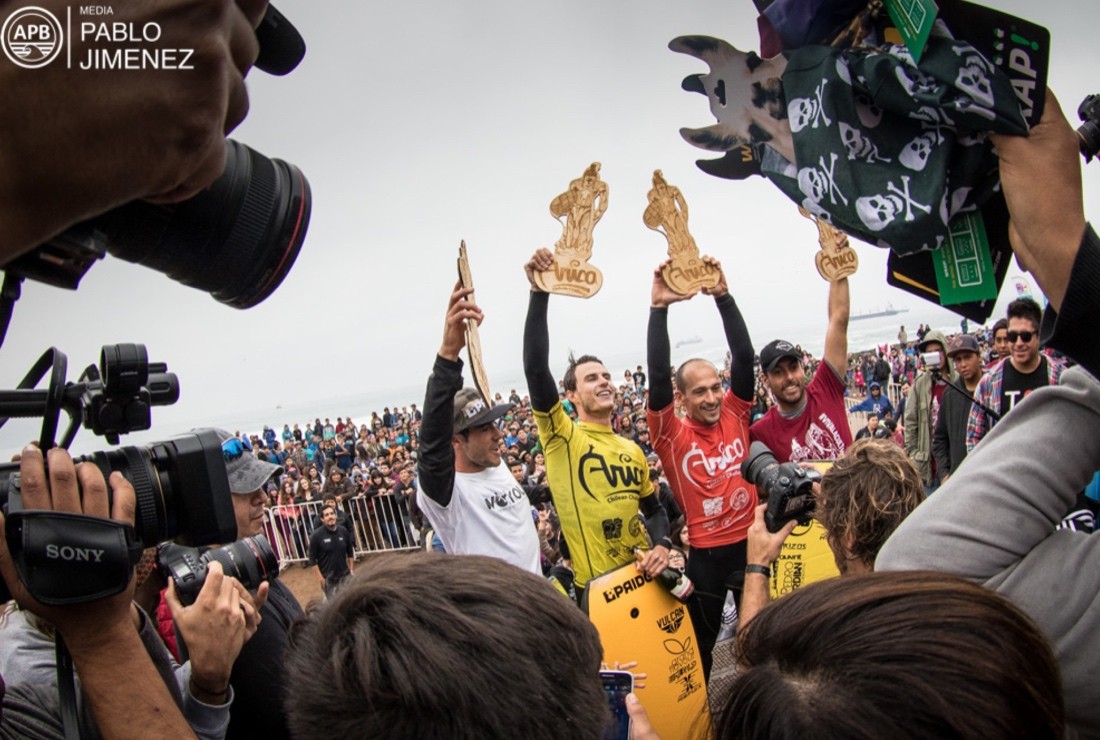 Once again, for the 2015 edition, El Floppos has kept up with his reputation.
This spot is definitely a waves machine and a bombs raiser…
This comp has been completely crazy with high big scores for many of the competitors. I was feeling focused, very motivated and the level of the waves and riders whet my appetite for fighting and ripping. A big tribute to Jared Houston for this red-letter final who showed to anyone that even when everything seems to be lost, you must never give up.

On the final, with Jared Houston, the waves are a big smaller and I know that I have to score some waves early in the heat. In the first five minutes, I get 18 points (9,25 – 8,75 pts). Jared has 25 minutes to overpass my score. Late in the heat, his inverts scoting 9,5 pts  allows Jared to get 18 pts too.  So what? In a final suspenseful exchange with 20 seconds remaining on the clock, we both take off on a split peak. This last effort is no avail. We are ex-aequo when the bell rings. The rule is simple: Jared wins on a tiebreaker with his higher score. 9,5pts.
Congrats buddy, you did an amazing contest !

Thanks to all the people involved in the organisation of this Chilean contest, by far the most consistent wave on tour.

Ten years already that I am coming in Arica and I cant wait to come back to surf Gringo again !
Hope that through these pics you will see what bodyboarding really is : strong riding,  big focus and real friendship.
So long Arica, see you again and again.